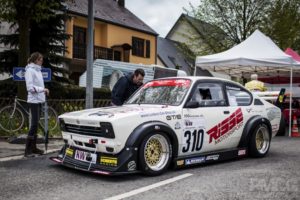 It is an extremely intense race for the driver, albeit a short one – a race against time on a narrow, winding road with an average length of between 5 and 7km.

The driver is very much alone here – and his concentration is paramount, as well as his confidence in his vehicle and his knowledge of the snaking asphalt track. The slightest hesitation can seriously affect overall performance, as the timer seems to tick away quicker than elsewhere in this type of racing. Here, race strategy is clear-cut – a “maximum attack” approach is required from the very first to the last centimetre of the route, as for an athlete running the 100 metres.

Hill-climb is also a discipline with a rich history. The FIA European Hill-Climb Championship is the oldest of the FIA Championships still running today, all disciplines combined. Its first edition dates back to 1930. 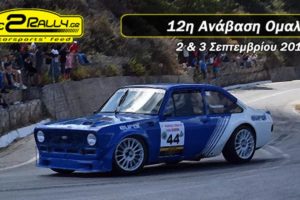 It may have lost some of its former glory from the times when manufacturers such as Porsche, Ferrari or Abarth were directly involved, as well as Formula One drivers involved at the top of their game, but the European Championship remains a true institution. This is thanks to its legendary routes (the 17km at Trento-Bondone in Italy), its great classics (Ecce Homo, a Czech event over a century old), the breadth of its continental presence (from Portugal to Slovakia), its popularity (tens of thousands of spectators in Rechberg, Austria or in Falperra, Portugal) and, of course, its heroes such as Wolfgang Graf von Trips, Edgar Barth, Ludovico Scarfiotti, Mauro Nesti (title record holder, with eight titles), the Alméras brothers, Francis Dosières, Anders Vilarinho or the current king of passes and summits, Simone Faggioli, who won his fifth title in 2012 and who holds the absolute record for each of the races on the European tour.

The Group H Special Car Championship is one of the best-loved, motor racing championships in the world.Since 1987, especially for the improved vehicles in the group H there is an own series. This group forms with their beautiful cars much of the starter box. Because of the several classes and a variety of starters here the mountain racing is most noticeable, but are the differences in the results in thousandths of seconds. 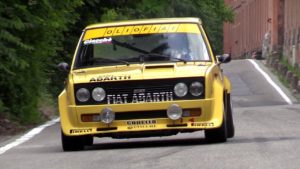 At the beginning of the 1980s, ONS, the top motor sport authority in Germany, introduced a fundamental reform of the vehicle groups in motor sport. All vehicles from Groups 2 or 5, which were no longer wanted from this time onwards, were not given the final “death penalty”, but a catch basin called Group H was created for these inconveniences
Old vehicle concepts very free regulations. After a period of rather disorientation and uncertainty about the possibilities of a group H the first active still tired as “hobbyists” and “oldies” or “historical” in their so-called “hobby cars”. It did not take long and the abundant cars of the NSU TT, Simca Rallye 2 + 3, Audi 50, Alfasud, Fiat 128, 127 and Ritmo or the BMW 2002, Ford Escort, Opel Kadett and many others found the way Back to the racetracks. On the mountain or on the circuit, the starter fields of the group H. The first top stars of the 1300s scene on the mountain included legendary names such as Siegfried Panther with his Simca, Martin Kleiner, Helmut Gehring, Helmut Kirchmayer, both on Audi 50 / VW Polo in the South West or Willi Rücker, Theo Leutner and Bernd Drenkow with their Audi 50 in the west, as well as Georg Alber on Skoda or Beppe Laviani in the Alfasud in Bavaria, just to name a few.

At the latest as Werner Kuster in his Sorg VW Polo 1984 the total victory in the castle bergering in Gernsbach even against space-heavy competition like Helmut Maier in the VW Golf or even guest starter Herbert Stenger in Gr. 5-Zakspeed Capri, the spell was broken. From then on the development could not be stopped any longer and especially the small displacement classes filled up to the “bursting” with hungry and motivated drivers. The tough duels of the pilots found increasingly more attention and fans. 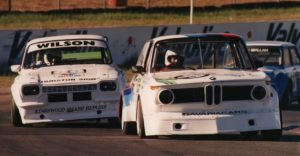 Well-known pilots like Rüdiger Faustmann earned their first spurs in group H up to 1300 ccm. As a result, the reputation of getting these cars to the official championships was becoming ever louder. However, the officers of the ONS were struck with deaf ears, for it was already suspiciously observed what had become of the unloved child group H.

“What to do?” Was the big question in driver circles. A lot of ideas are born in a social circle, and when people are involved, a lot of “Schnapsidee” is a great thing. First cautious surveys among the drivers in the 1987 season met with enthusiastic response and at the end … we land again at the beginning mentioned round in the lion in Oberjoch.

The “Gr.H Mountain Cup to 1300 ccm” was born. Vehicles up to 1150 ccm were shared in the first season. The drivers were allowed to vote on the calendar. 12 Bergrennen in Germany, whose names still make tears in the eyes of every fan, formed the calendar. 42 fixed enrollments for the first season of 1988 provided for a festive mood, because the best of the best no longer met with each other regionally and sporadically, but in direct competition. Almost by “big bang” became from the so-called “hobby group” a championship with professional environment and technically very demanding cars. The performance of the series also set new standards, and ALPINE Car Audio Systems was already the first big namesake in the second year. 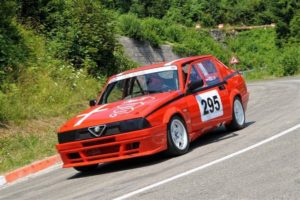 Further sponsors such as Höfler-Fenster, Avon, Ronal as well as donations and registration fees ensured that in the first two years sensational 20 and / or 30,000 DM at the time were distributed to the active. The motto, which is still the law in the Berg Cup today, was “from drivers to drivers”. That is why many of the activists were able to enjoy their first prize money, because the distribution system allowed almost every participant a handle in the prize money pot.

20 years of sport on the highest level. Everyone who has been there has written a piece of Bergrenn history. Anecdotes from these 20 years could fill entire books, and in the 20th year of its history, the KW Berg-Cup will also inspire its fans from all over the world with great Bergrennsport, great sport with heart and the proverbially unique atmosphere of the great mountain cup family . By Andreas Schettler.